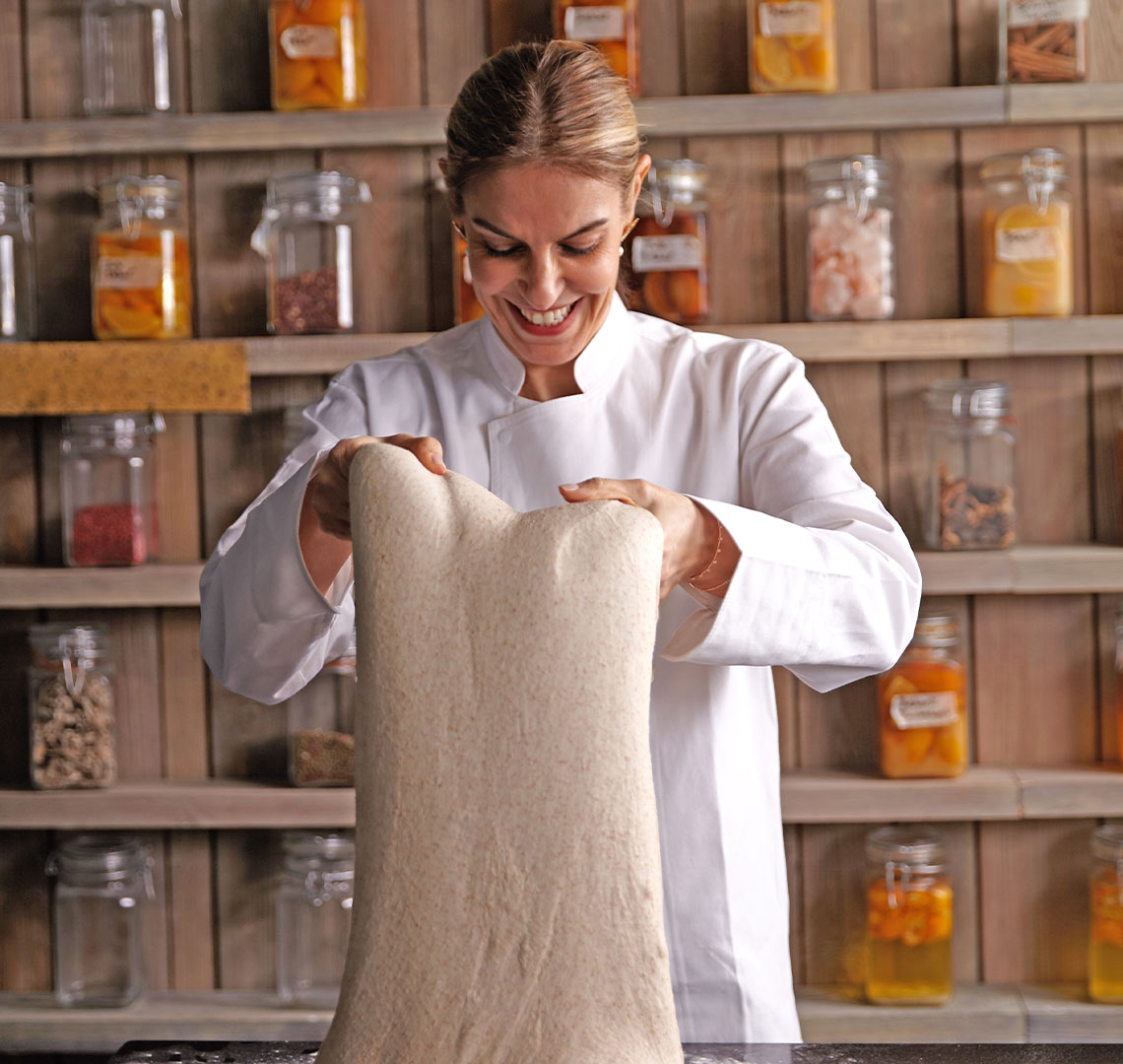 Chef, food/menu writer, table etiquette & nutrition expert, restaurateur, and educator Jale Balcı (she/her) has spent decades both in her native Turkey and abroad cultivating and gradually transforming her passion for gastronomy into a career – which includes having studied and apprenticed under the wing of many big names. Before that, she spent eight years working in the financial sector – herself originally an Economics major.

A prolific author, she released her first book – in Turkish – “Keyifli Sofralar İçin 50 Pratik Mönü” (Lit: “50 Practical Menus for Delightful Tables”) back in 2006. Now in its 12th edition, it remains Turkey’s best-selling cookery book of all time. She has since gone on to write five more – and all of them highly popular:

An entrepreneur, she has launched, run, and been the head chef of two successful restaurants in Turkey: Antiochia Concept and Lokanta Farina. She has also helped design the menus of many other cafes and restaurants across the country – a task she still enjoys taking on when asked of her.

Born, bred, and buttered in Antakya/Hatay herself (a.k.a. “the city of civilizations”) and compelled to promote its unique cuisine the world over, Jale proudly serves as the region’s culinary ambassador. In 2019, she helped organize and moderate the hugely successful four day-long Hatay Gastronomy Festival – attended by over one million visitors!

Between 2018 and 2019, she did a stint as lead chef and planner at one of Istanbul’s most eminent restaurants, Alancha Nişantaşı.

An active gastronomy consultant, Jale has collaborated with countless food & beverage companies across Turkey, offering them advice and creative ideas for new products.

Beyond all of the above, she is a board member of and a lecturer at Şişli Trades School (Şişli Meslek Yüksekokulu), alongside a founding member of Gecce Gurme Kurulu – Turkey’s grass roots equivalent of Michelin.